This loft is located in the historic Donnelly Printing building in the Printers Row area of Chicago.  When the Donnelly Building was converted from manufacturing to lofts in the early 1980’s it was one of the first such conversion in Chicago.  At the time the conversion was a mix of residential units and office spaces.  Over time the building became mostly residential lofts.  This particular unit was the last of the office spaces to be converted to a residential use.  It is a two story unit with east facing windows.  It was a long and somewhat narrow unit.  In keeping with the history of the building as a printing place, we incorporated a curved wall to act as the separation of the private bedroom spaces to the public living spaces.  The curve of the wall was to represent the rolling of the paper as it had originally passed through the printing presses.  In order to access the second level of his unit, we decided to relocate the stairs and create a two story open space for the stairs.  The stairs are fabricated with a steel frame and structure.  The treads are the existing floor joist we had removed to create the two story space and we reused them as treads by planning them down and squaring them off.  An open riser concept was used to leave the stair treads a exposed as much as possible, and the stairs became a feature element in the space.  The cut ends of the original joist were left exposed to amplify the character of the existing space. 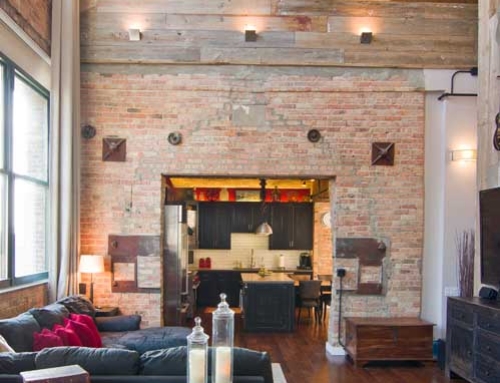 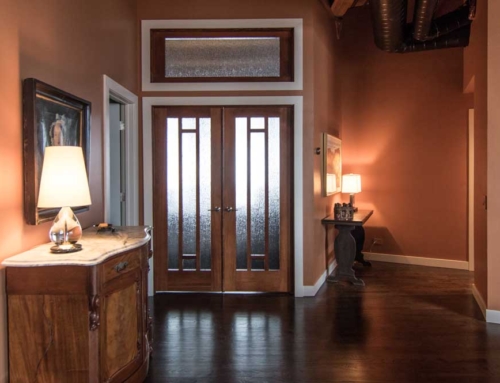